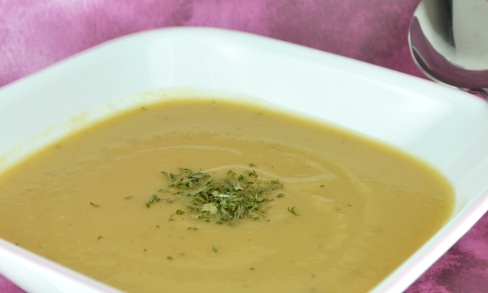 January is kind of slow when it comes to baking. Christmas is just behind us and there a still some lingering cookies here and there. So, a bit more focus on the cooking side might be not too bad an idea. That’s where this recipe comes in. It’s simple and quick and delicious and, well, you get the point.

My mom is a great cook and she makes wonderful things out of thing air, at least that’s how it seemed to me when being younger. She is also a daring cook, trying things that might be uncomfortable for other. However, her potato soup is a real basic one, only daring in one aspect.

Tip : In Germany you can buy (soup) greens at the grocery store in one bundle. I haven’t seen this in Saskatoon yet, so I always need to get them separately. An issue is the celery root, as far as I know only Superstore carries that and not at all times.

Depending on the amount of people you wish to feed you need a medium to large pot and fill it with water. Same holds true for the vegetables, maybe a midsized potato per person. Clean the leeks, celery root and carrots and dice them. Celery root need to be peeled by the way, I also peel my carrots. Add the cut vegetables to the water and let them cook until soft.

Clean, peel and dice the potatoes and cook them until soft in a separate pot. Drain the water and set aside. Once the vegetables are cooked, add the potato pieces and blend them all together with an immersion blender. You can also use a stand mixer but I would say that will get a bit messier. You are looking for a creamy soup, if your soup is too thick, add some more water. 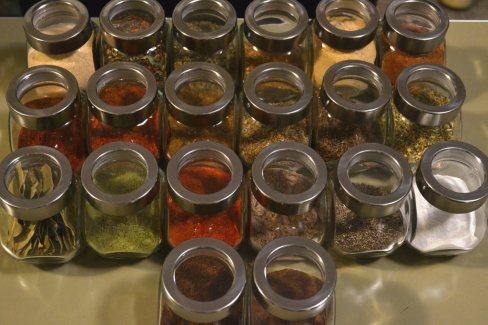 Here comes the daring part of this soup: Use all the spices you have in your cabinet/cupboard. Yes, even that cinnamon. My mother uses everything, so do I. There are just a few rules. Something like cream of tartar shouldn’t be used. Spices like cinnamon should be used by a pinch, spices like parsley, pepper or basil can be used more generous. Basically, if it’s a green spice you can use more of it, but be careful with spicy ones.. If you have spices with bigger pieces, such as pepper corns or type, you should grind them in a morsel. However, bay leaves can be used as whole and removed later. Don’t forget to salt your soup! Stir well and let it cook for another 20 or so minutes so the spices have time to unfold their flavour.

I recommend to prepare the soup a day ahead so all spices have a good chance of incorporating. Reheating a soup gives it always a better flavouring. 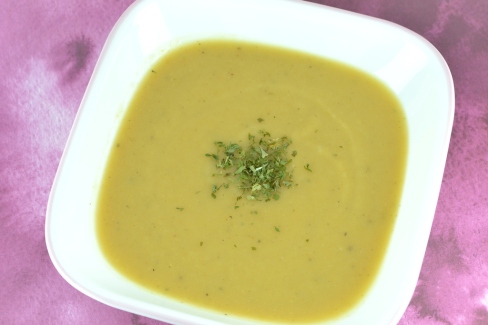 We serve our potato soup with a slice of dark bread and an European sausage. You can also cut them into the soup if you like, or use bratwurst or other type of sausage, like garlic.

Take a KitchenAid Artisan machine, a young wife, time, creativity and mix it well. You end up with endless options of baking goodies from German torte to North American cupcakes. Follow me on my baking and cooking adventures and throw in your cent or two. There are no limits!
View all posts by andreamacleod »
← Sugar Cake
Bismarck Doughnuts →